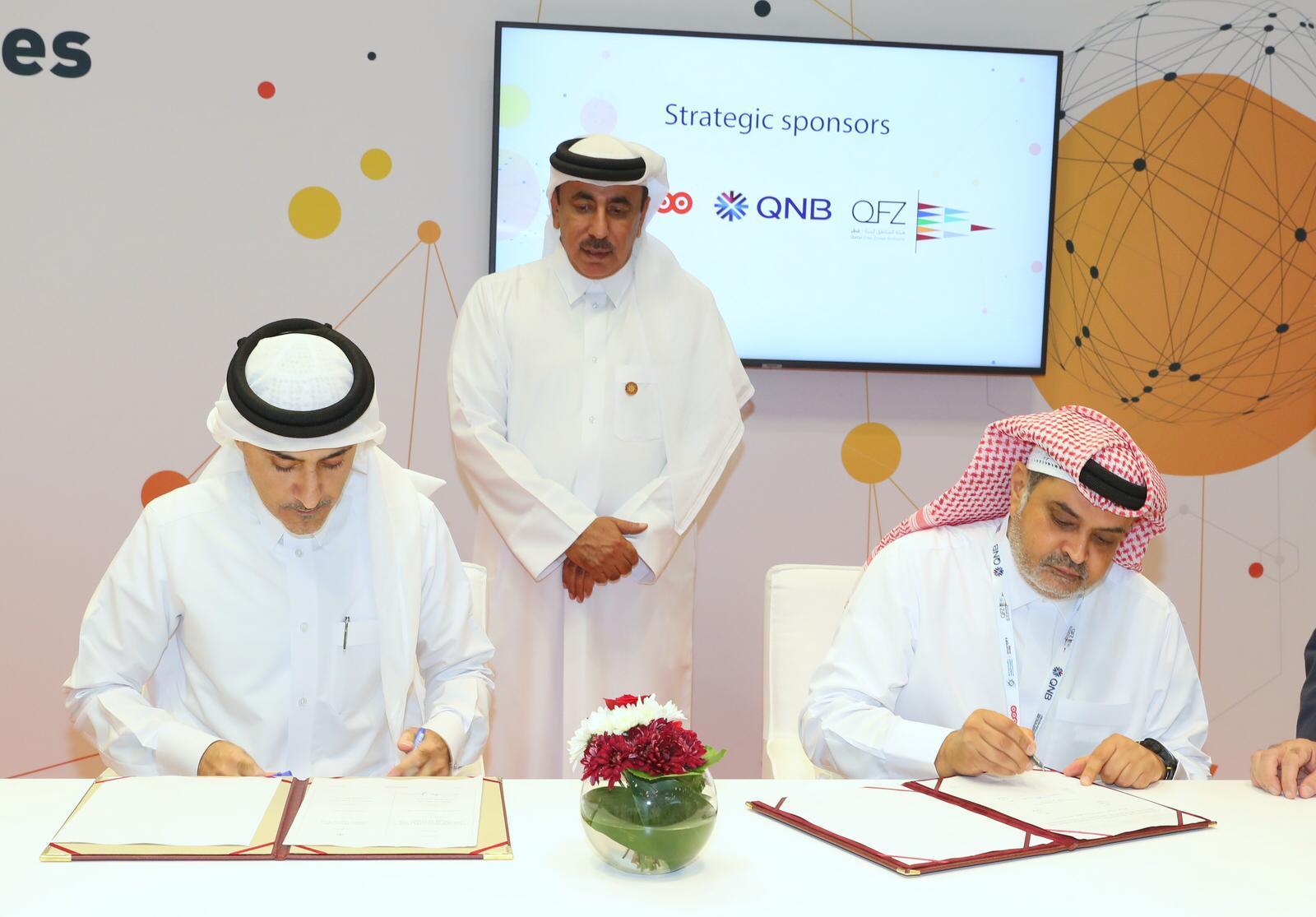 30 October 2019, DOHA- QATAR: The Ministry of Transport and Communications (MoTC) today signed an Unlimited License Agreement (ULA) with Oracle Corporation, through their local partner Mannai Corporation, that will enable government entities in Qatar access key Oracle products without restrictions for the next three years.

The MoU was signed by Assistant Undersecretary of Government Information Technology Sector,

The signing event was held on the sidelines of the Qatar IT Conference Exhibition (QITCOM 2019) - the largest Information and Communication Technology showcase and event in Qatar- which is being held at the Qatar National Convention Center in Doha from October 29 to November 1.

The ULA agreement aims to deliver cost efficiency and other scale benefits to government entities while improving consistency of ICT service delivery. The pact will also ensure that standardized Oracle Software are used across government agencies.

As per the agreement, government entities in Qatar will be able to access some of the commonly used Oracle products including Oracle Database, Oracle Real Application Cluster, Oracle Web Logic and others without having to pay a license fee while cost for other Oracle software have been reduced with up to 70% discount on some products such as database security, protection and encryption software and others.

The pact also offers other value-added services to Government entities including personnel training, as part of Qatar Digital Government Training Program (QDGTP), in which Oracle University will offer several trainings for IT staff in government agencies during the period of the agreement. In addition, Oracle will also conduct free security assessments periodically to ensure highest security deployments in the Information Technology Infrastructure across government agencies as per Oracle Standards and best practices.

Commenting on the occasion, His Excellency Hassan Jassim Al Sayed, Assistant Undersecretary of  Information Technology Affairs, at Ministry of Transport and Communications, said: “We are delighted to sign this new agreement with Oracle which will further underscore the strategic relationship between us. Our partnership has been growing over the past years after we signed our first agreement with Oracle. The ULA will have significant impact on government usage of Oracle products by eradicating delays and addressing issues relating to compliance among other benefits. We look forward to signing more of this kind of agreement in the future.”

The Information Technology Affairs, under the MOTC, is charged with the responsibility of consolidating government IT needs by acting as the central Software licensee and purchaser, on behalf of government entities, with major software companies.

Khalid Mannai, Vice Chairman - Executive Committee, Mannai Corporation, said, “As one of the largest Oracle Platinum Partners in the Middle East, Mannai is extremely honored to announce our agreement with the Qatar government to deliver the latest technology evolutions from Oracle, that empower organizations to embrace innovative solutions. The agreement would help Qatar achieve their goals towards smart green initiatives, improved processes in the digital transactions & advanced services to its citizens."