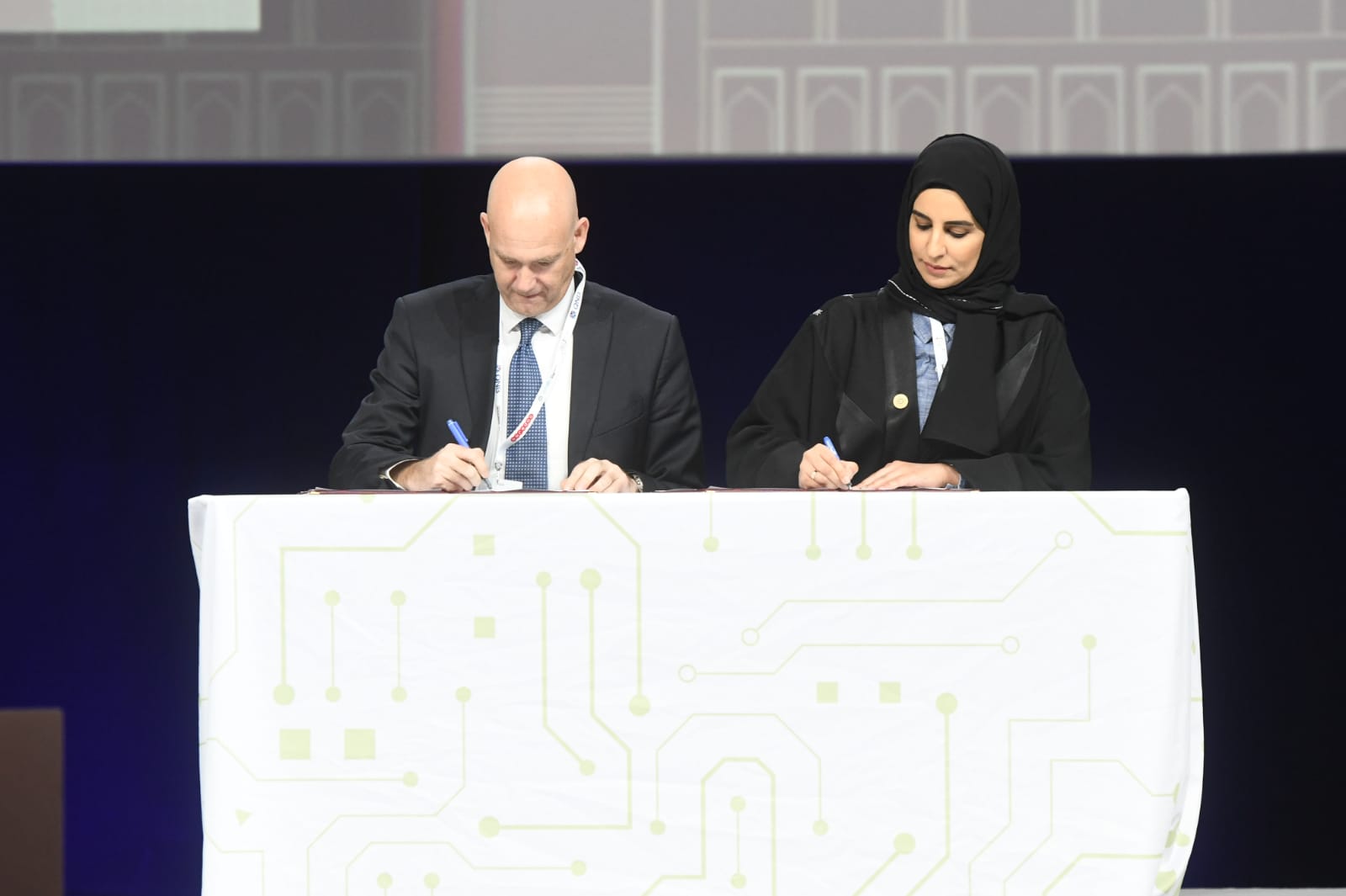 31 October 2019, DOHA- QATAR: The first edition of the Smart City Expo Doha (SCE Doha), held on the sidelines of the  Qatar IT Conference & Exhibition (QITCOM 2019),  ended on Thursday with the signing of a Memorandum of Understanding (MoU) between the Ministry of Transport and Communications and Fira de Barcelona, the organisers of the Smart City Expo World Congress, to host the event annually for two more years.

The agreement was signed by Her Excellency Reem Al Mansoori, Assistant Undersecretary of Digital Society at the Ministry of Transport and Communications and Ricard Zapatero, the International Business Director at Fira de Barcelona.

Commenting on the occasion, Her Excellency Reem Al Mansoori, Assistant Undersecretary of Digital Society at the Ministry of Transport and Communications, said, “We are delighted to successful host the first edition of the Smart City Expo Doha which has exceeded our expectations. We are happy to partner with Fira de Barcelona in achieving this milestone and we are happy to announce that the event will now be held annually for the next two years.”

She added, “Qatar launched the Smart Qatar “TASMU” initiative in 2017 with a promise to make Qatar a 100 percent smart country within seven years. We are happy to say that we are now at 44 percent and every year we are offering a lot of smart solutions, innovations and technology and a market that is evolving around smart solutions. We believe that the years ahead hold a lot of promises for this initiative and we look forward to welcoming everyone again next year.”

The two-day event, held on October 30 and 31, was inaugurated by the Prime Minister and Interior Minister H E Sheikh Abdullah bin Nasser bin Khalifa Al Thani and President Paul Kagame of the Republic of Rwanda, and it attracted the participation of the several dignitaries including four ministers. The sessions involved 78 facilitators including 47 international speakers from 24 countries and 31 local speakers.

Ricard Zapatero, the International Business Director at Fira de Barcelona, said, “We have been developing the Smart City Expo in many countries around the world and we've had many editions but the discussions in Doha is the most relevant we've had till date. It is the most significant and the best in terms of the quality of organisation, participation, speakers and the overall product. We are happy to collaborate with the Ministry of Transport and Communications and we are delighted to welcome Qatar to the Smart City World Congress in Barcelona. We promise to do our best to promote Qatar as one of the best places to look to when people are talking about smart cities as Qatar has not just become part of the Smart Cities initiative but a trendsetter.”